The fifth day of our Summer School begun in Mdina, the former capital city of Malta, where professors Mario Gerada and Maria Pisani led us to the XVII century Carmelite Priory; it has a cloister with a number of citrus trees and other aromatic trees, herbs and flowers related to the idea of the Garden of Eden, both to Christian and Muslim tradition where Eden represents a place of harmony where people can leave without violence. In the center of the priory there is an octagonal well which symbolizes Jesus. The miracle of water turning in to wine and in the gospels is also related to the idea of water which allow mankind to reach eternal life. Maria Gerada and Maria Pisani started inside the priory a project named "Sharing Seeds, Sharing Life" where they used herbs and flowers to speak about people who move creating parallels within the movement of people and of plants both changing the environment around them. 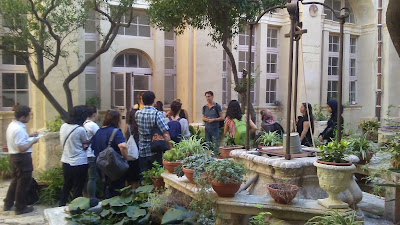 The project has been inspired by the teams of Rene Girard who developed the mimetic theory which says that our desires are not our own but an imitation of those of the people around us and for this reason people developed envy, rage and violence as narrated in the biblical of Kain and Abel and in many other ancient myths.
Mario Gerada told us that the use of herbs and plants in man's culture brings back the idea of the Eden, the dream of living back in harmony because the language of flowers reflects people's identity and this ideas led to construct his project of ethnobotanics to better integrate migrants in Malta's detention camp where people despite being restricted continue to have desires and projects for their lives. They bought some aromatic plants and brought them to the detention center to the people living there, making them meeting and discussing their diverse cultural uses of those herbs contributing therefore to create links among the different Peoples in the camp helping them to build, sharing experiences and little reciprocity of being systems (Sahlins) so that they can experience some sense of community even in detention. 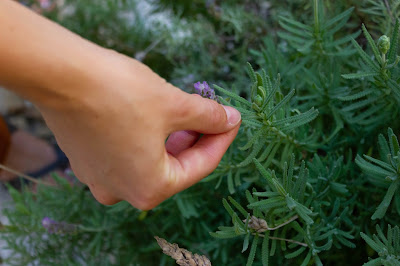 After the delicious snack offered by the priory we moved to the Church of Nativity of our Lady -ta'Giezu - a francescian XVI century friary in Rabat which has an internal cloister with a variety of plants as well an external garden where the friars practice permaculture, an agricultural ecosystem intended to be sustainable and self-sufficient, with the purpose to create living environments that are harmonious, sustainable and productive while using the work and the energy to maintain them.
In the afternoon we gathered in the premises of the Mediterranean Institute, where we would attend an Art Workshop led by Ana Rosa Louis. It started with a presentation of her experience in Camini, Italy, volunteering to help the refugees.  The presentation provided a series of experiences, thoughts and feelings related to the journey, inviting the viewer to create a picture of the current situation in the village; a mix of colors, the daily life of a volunteer, the heartfelt and sincere moments of solidarity and humanity mixed with the difficulties met along the way.

The activity continued with a drawing exercise; in a blank sheet of paper we were asked to draw a very bizarre ritual, a story which fits in a card in order to break down the barriers of otherness, how to understand and create new cultures. At first there was a certain block: “What do I draw?”, then hands started to loosen, and pictures started to form. After the relaxing exercise we talked about the meaning of our cards and shared the experiences of the stories behind our drawings. 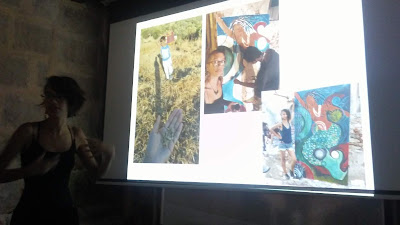 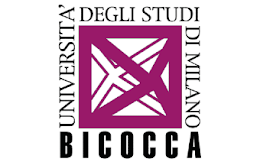